What does electoral fraud constitute?

Electoral fraud cases are on the rise worldwide. Election fraud is illegal interference with the process of an election. This can be done by altering or hacking into voting machines, tampering with ballot papers, stuffing or destroying ballot boxes, interfering with the counter, or altering people’s perceptions of the candidates.

This could be done by increasing one’s favorability while depressing their support of a rival candidate, or both. It commonly goes side-by-side with voter suppression. How exactly it is defined varies from country to country.

Politicians are always swayed to attempt actions that will give them an advantage in the polls against their opponents a few days before the election process. However, in most areas, any form of voter fraud as listed above is prohibited and can lead to consequences as outlined in the code of conduct that is signed by all the candidates participating in the election.

National elections can be rigged to favour a specific candidate or party. This could be, for example, an act of protest or corruption of the democratic process. In very close elections, a small amount of fraud could be enough to sway the result. Even if the contested election does not change anything, when fraud is detected, this can reduce voter confidence in democratic elections.

Electoral fraud has many manifestations and commences earlier than the actual voting day. Most people are always under the impression that electoral fraud can only be perpetuated during the actual election day. This is however not true as the illegalities can be executed way before the actual material day of the election.

-Artificial migration of registered voters or the party membership

-Deprivation of the right to vote- the composition of an electorate may also be altered by disqualifying some classes of people from voting. They are denied the ability to express their voice and make decisions about how their country is run.

-Intimidation- Voter intimidation is the act of inducing someone to vote a certain way, or to fail to vote by intimidating them.

Intimidation can take a range of forms including verbal, physical, or coercion. Violence or the threat of violence meted out on a particular demographic of the population supporting a certain candidate; attacks on polling places, legal threats that the voters are not legally entitled to vote, and coercion.

-Disinformation- People can distribute false or misleading information to affect the outcome of an election. Propaganda has been used since ancient times.

It’s now effectively being used in the digital era too with social media networks being interconnected, people are more likely to believe what they see online. All you have to do is press the send button for the content to go viral in seconds.

Vote buying can be described as when one party or candidate buys the vote of a voter in an upcoming election. The person given money is urged to vote a certain way.

This practice is widespread around the world, including in the US and the UK, and it’s illegal. Susceptible populations are normally mapped out and targeted for the scheme. These could be vulnerable groups like the poor, the youth, women, and marginalized groups.

The material day when the voting process happens and results are declared.

-Paper design for ballots often includes features and layouts that are intended to draw the voter’s attention to specific candidates, but sometimes includes elements with the intent of confusing a voter and affecting who they vote for.

– Votes may be misrecorded at source, on a ballot paper or voting machine, or later in misrecording totals.

-This mostly affects electoral systems where remote voting is permitted, absentee votes might be filled by another person other than the bonafide one.

Destruction or invalidation of ballots

– Destroying ballots of an opposing party can be a common method of electoral fraud. This is hard to accomplish unless there is a close margin.

It becomes much easier to change the result if you destroy only a small number of ballots for the opposing party. Another way to invalidate a vote is to make it appear as though the voter spoiled their ballot.

-Tampering with the electronic voting systems

-electronic voting systems can be attacked by hackers who may reintroduce malware that is meant to manipulate the result in a certain way. The hardware of the voting machine may be tampered with to alter the vote totals or favour one of the candidates.

Election officials might be able to abuse administrative access to the machine to allow people to vote more than once. The voting results can be vulnerable to a man-in-the-middle attack when delivered over the internet., where they are diverted to an intermediate website where the hacker flips votes in favour of a certain candidate and then sends them on to the vote-counting authority.

Unlike an online business that is more secure, All internet votes are less reliable as there is no chain of custody. It is recommended to physically drive or fly memory cards in locked metal containers to the vote counters to ensure accurate results.

It is important to take preliminary election night results as a snapshot in time and collect the final, unencrypted ballot totals the next day to provide a true account of voter sentiment.

-This is where one person votes by impersonating another, eligible voter. Documentation has been scarce and prosecutions rare on this electoral fraud.

– In some of the most corrupt regimes, the voting process may be nothing more than a sham and officials will just announce whatever results they want instead of counting votes.

-It has been found that absentee or postal ballots may lead to fraud, which has been documented in UK and US and also claimed in Malaysia. Experts in both the UK and the US estimate that there is more fraud with postal ballots than in-person voting, yet it has only had an impact on a few local elections.

The Players in Electoral fraud and Motivation

Politicians are the key players in electoral fraud. The players can be broadly categorized as direct participants and indirect players. Using the position of gubernatorial elections for a county. One of the above-mentioned electoral frauds might be directly committed by a candidate from a particular party. External entities with an interest in the outcome of the elections might be involved in any of the above illegalities.

These external interests might be lobbyists working behind the scenes to make sure their candidate wins to espouse their interests while in office.

Recent Global mentions of Electoral fraud and its implications on Democracy

Electoral fraud cases instances have been perpetrated and alleged in many countries like:

United States- During the 2020 presidential election, incumbent President Donald Trump made numerous allegations of electoral fraud by Democratic candidate Joe Biden. The Trump campaign further accused Democrats of manipulating the system in favour of Biden. He unsuccessfully challenged his assertions in the US courts.

Ukraine In 2014, Ukraine’s central election system was breached and a virus was found. The officials stated that the final totals were unaffected.

South Africa- In 1994, the election which democratized power and put Nelson Mandela in office, the election machine was hacked. The electoral commission resorted to manual counting to declare the winner.

In 2013, Kenyans voted during the general election where the system was electronic through gadgets called Kiem’s kits, however, 70% of the kits failed and the electoral body advised reverting to the manual voting system. The opposition leader disputed the results and adduced evidence to the court to prove there was electoral fraud

In 2017, the Supreme court of Kenya nullified the presidential election noting that an election is a process and not only an event conducted during the polling day only. The court further ordered that the process should be done within the precincts of the law and be simple, fair, and verifiable.

Kenyans are preparing to go to the polls on August 9th, 2022 and the leading presidential candidates have differed in public on the conduct of the election body of Kenya: The IEBC. The different political alliances are not in agreement on the register to be used to identify the voters during the material day of elections.

The Kenya Kwanza alliance is happy with the electronic register loaded in the Kiem’s kit. The opposition leader of Azimio la Umoja is calling for both the electronic and the manual register to be deployed at the polling stations failure to which they will not participate in the elections.

The leader has also alleged that there is a ploy to rig the elections by vote stuffing as it emerges that a member of the Kenya Kwanza alliance is believed to have colluded with the firm that was awarded the tender to print ballot papers.

The Deputy President of Kenya did claim that about 1 million of his supporters had been moved from their places of registration to other locations belonging to their opponent’s stronghold.

The opposition leader has intimated that election officials of the IEBC have been infiltrated and some of them are working to manipulate the outcome of the elections.

The accusations and counteraccusations are at play and will continue up to the election day on 9th August 2022.

How can elections be conducted in a free, fair, and verifiable manner to advance democracy Globally?

The electoral bodies charged with conducting elections should adopt transparent systems and methods of carrying out their activities and processes. All the stakeholders should be informed of the processes and queries raised resolved sufficiently and closed.

Civic education should be conducted to bolster the confidence levels of the electorate in the conduct of the electoral body. The voting population should be well educated on the electoral process to limit errors during elections and misinformation that might be perpetrated by politicians. Score voting, instant-runoff, and single transferable vote systems aim to prevent voting manipulation and limit the chances of electoral system manipulation and political duopoly.

2 thoughts on “Everything about electoral fraud cases that you should know now!” 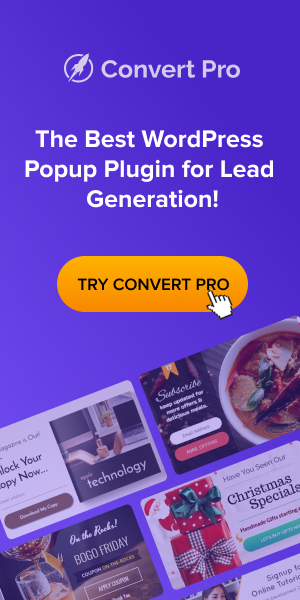 A bold perspective of Issues that Matters Dismiss